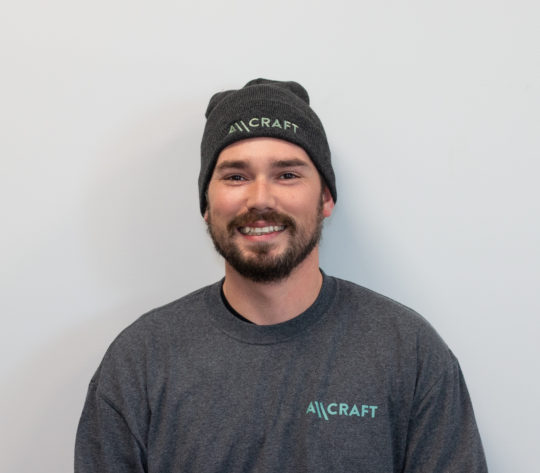 Brad Smith has spent 10 years in the trade, his career began with commercial windows and doors. Realizing that he wanted to do more, Brad went back to school in 2013 and graduated from Nova Scotia Community College in 2015. After School Brad moved on to interior and exterior renovations which led him to All-Craft. After completing his apprenticeship in carpentry he obtained his Red Seal Certification in 2019. Brad is also a certified Schluter Installer and has up-to-date First Aid and Fall Arrest.

We proudly service the greater area of the HRM.